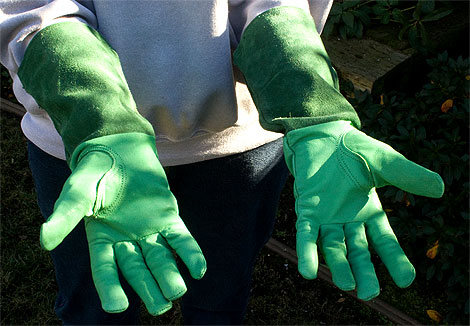 I never thought the melodic strains of Greensleeves would come to mind while looking at gardening gloves. Isn’t this pair a showstopper? They’re leather and suede––so pretty I’d almost wear them with my good black coat.

They belong to my friend and client, Marilyn Rose (nice name). Thanks to her, I now have a pair of proper rose pruning gloves.

In January, while pruning the rose garden I designed for her, Marilyn began helping me, wearing these beautiful gloves. They were a Christmas present from her husband Fred. I admired them so many times and even took pictures. Marilyn finally said, “Carolyn you can get some for yourself on the way home. Navelets, the store where Fred bought them, is just left of the freeway onramp.” 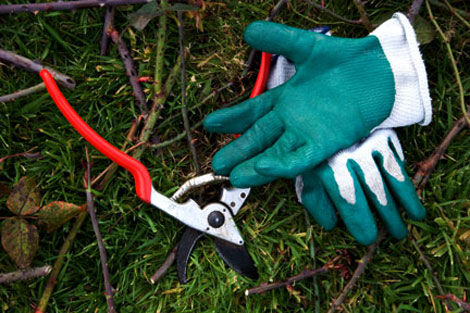 I went to Navelets, but first I must show you the gloves I wore at Marilyn’s. I’ve probably gone through forty pairs of these gloves since I’ve been growing roses, but do they protect my forearms? No. I’m one of those rustic types who romanticizes my rose wounds. When I found my blood on the petals of a white rose––I thought it was a secret poem between me and said rose––I think it was ‘Evening Star’. 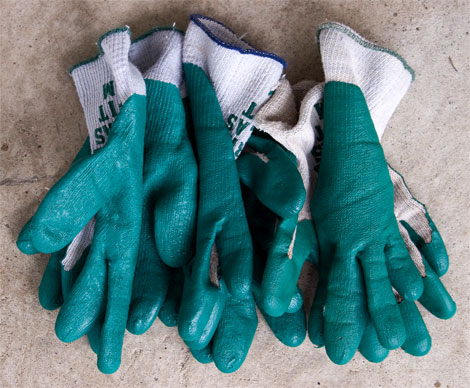 I liked the hardy rubber-coated gloves so much––I even photographed them just out of the dryer. Yes, they’re washable. But that’s no reason to go around with rose wounds.

Last spring, while visiting rose gardener Pamela Temple, I caught a glimpse of her well-worn gauntlets in her mudroom. A faint thought, I should have some of those, went through my head. 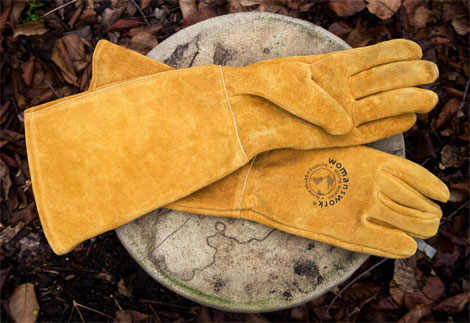 Gauntlets? What a word. Webster says, “They are stout gloves with a long loose wrist.”

Navelets was out of stock in my size of the green leather and suede gloves, but they had plenty more to choose from. I settled on an ultra sturdy pair. The next week I tried them out in another client’s garden and wondered how I could possibly have done without them all these years. 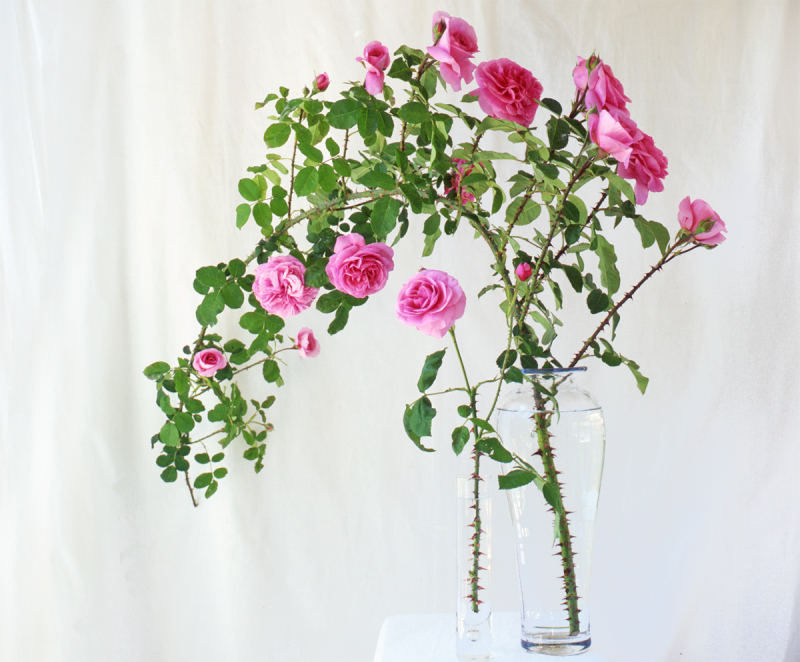 How would you like to increase blooming rose stems on one cane by ten? With long pliable canes, and a little planning at pruning time it's easy as can be.

Look carefully at this image of two Gertrude Jekyll canes. The one on the right has thirteen times more flowers than the one on the left. How you ask? 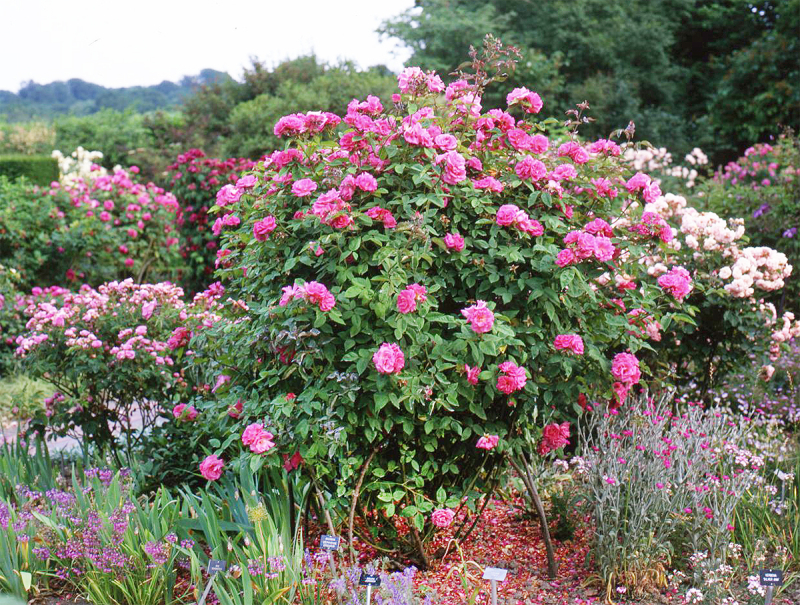 I first saw this treatment in England at Sissinghurst –– this shrub of Zephirine Drouhin, in Vita’s rose garden, is tied to 4 arcs made from branches inserted around the shrub. One of the arcs is somewhat visible in this picture –– it looks like part of the shrub. I wouldn’t have been the wiser if there hadn’t been several other specimens that weren’t fully leafed out yet. The living armatures that the gardeners created looked like globes. I couldn’t wait to get home and try it myself 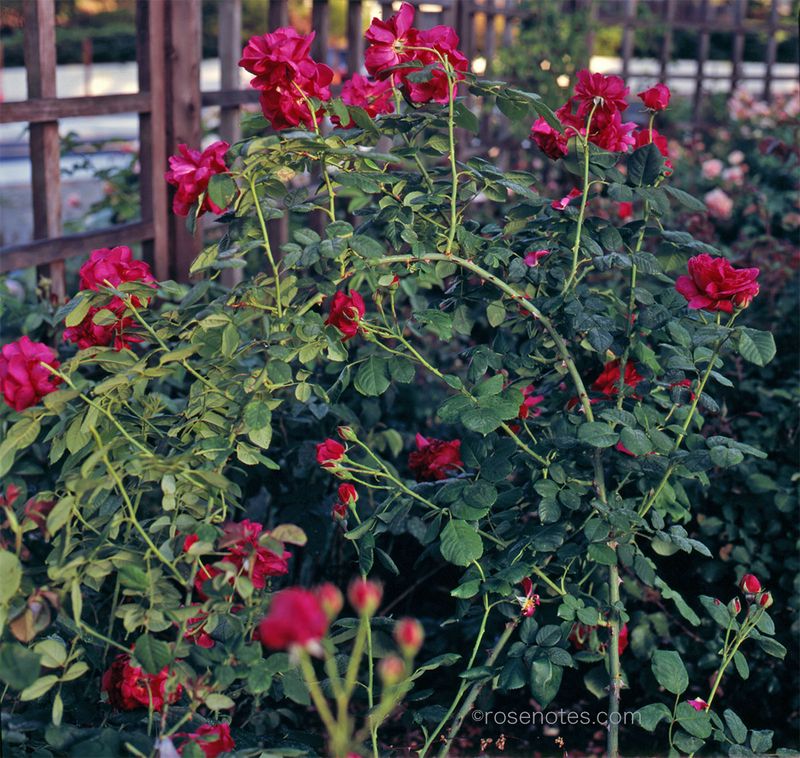 It’s a challenge to photograph tying in action, because luxuriant growth usually hides the handiwork. And you want it hidden, but I happened to catch this cane on David Austin's Othello displaying its prowess. In this case, I simply tied the cane to a nearby branch. Sometimes the branch might be on another shrub altogether –– whatever works. 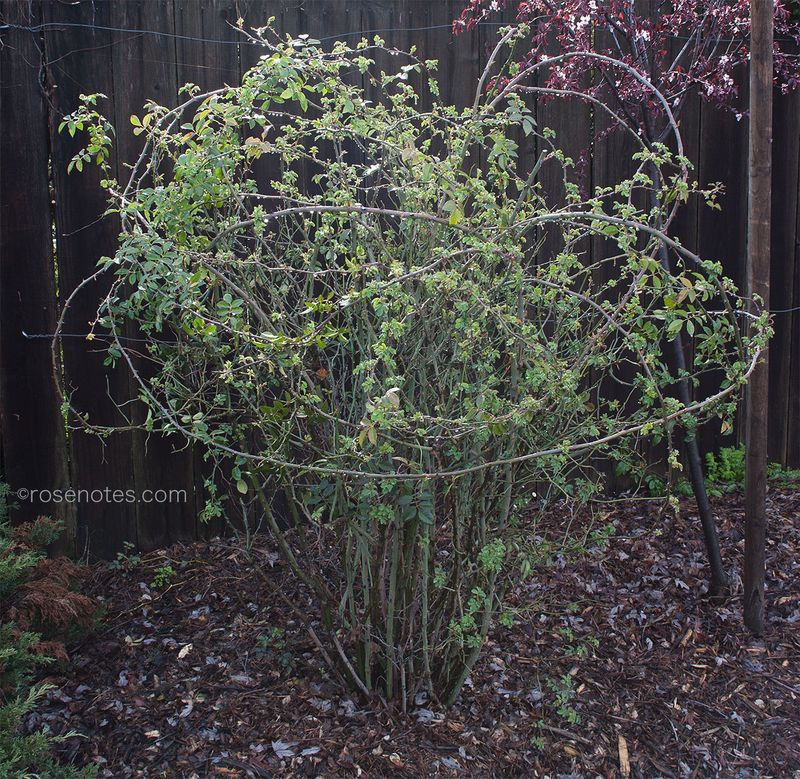 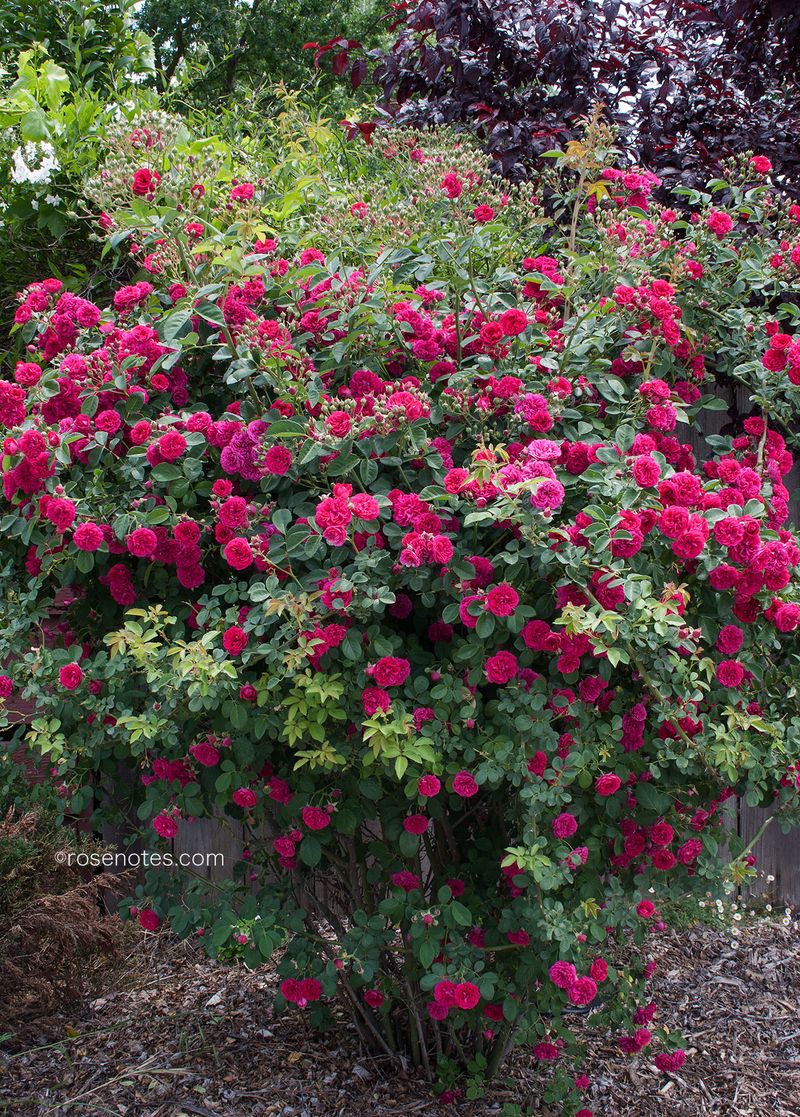 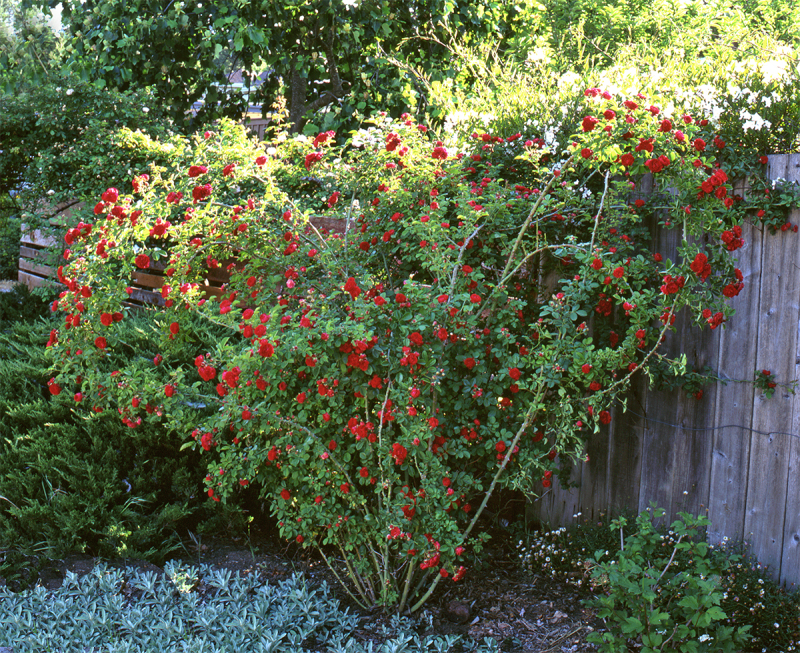 As you might have figured by now, I don’t use actual pegs and I try to avoid ties. I like to spiral a thorny cane around itself or another cane. The grip of thorns is often very helpful for keeping the connection in place. 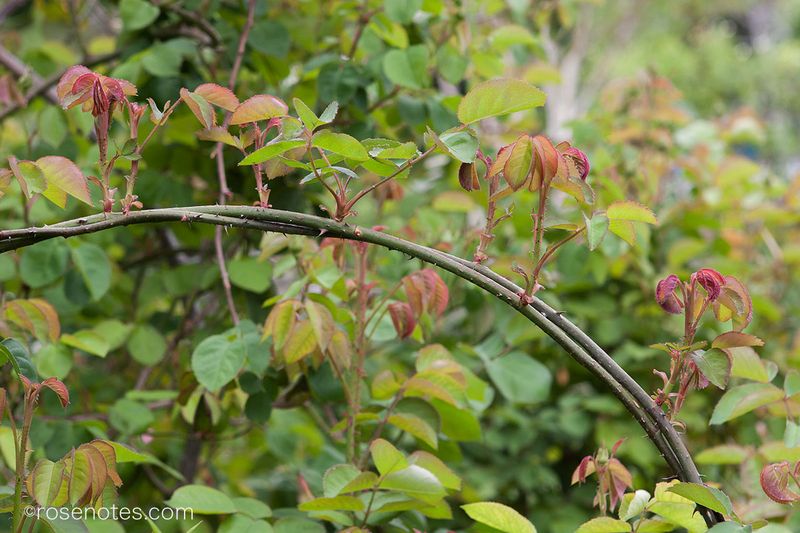 Here's an example of two canes entwined around each other into a nice curving arch.

Take a look at your rose canes and observe the possibilities. Experiment. One year I'll peg a shrub and the next year I might not. Realize that cane length can mean increased bloom production if pegged, tied, looped, or entwined. 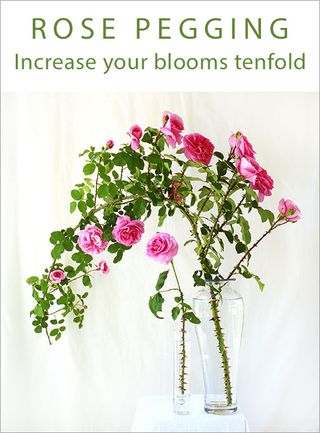