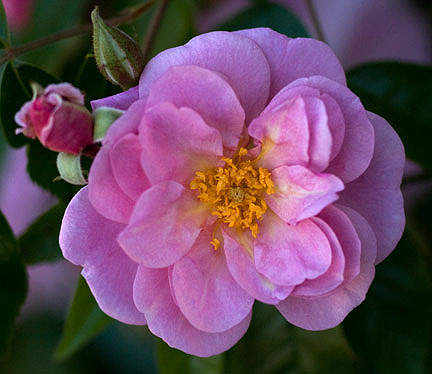 Even though I love many fabulous climbing roses, 'Renae' remains my favorite. She’s a prolific rebloomer (4x!); she’s thornless; shiny leaved; and DR (disease resistant– don’t you think it needs an abbreviation?). A pretty face; an eager climber; and easy to propagate can be added to the list. What more could you want in a rose? Oh yes fragrance– she has that too and it’s lovely. 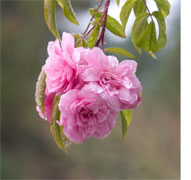 I ordered 'Renae' on a whim in 1990, when I ordered my two 'Climbing Cecile Brunners'. She was listed in a tiny 16-page catalogue from Ralph Moore. Mr. Moore is famous for his mini roses, but one day I'm sure he’ll be famous for 'Renae' as well. I plant her in every garden that I design, and I’m always talking about her.

At a rose show, I had an opportunity to ask Ralph’s daughter who Renae was named for. She told me, “Renae was a friend of mine when I was a child, and she died of a serious illness.” Renae’s memory lives on in this sweet rose. 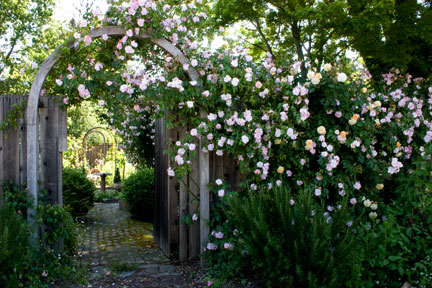 In our garden, ‘Renae’ grows in two places. I first planted her on this west facing archway, at the side entrance to our back garden. I don’t prune this one much, and sometimes not at all. 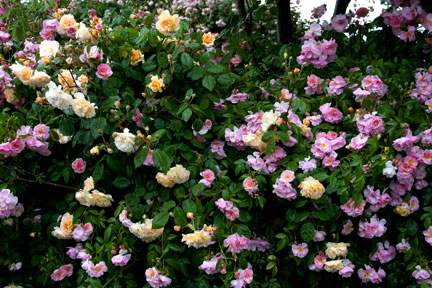 ‘Renae’ and ‘Buff Beauty’ mingle on the fence, and it’s ‘Renae’ that covers the arch.  Don’t the two roses harmonize well together?

When our front chimney needed a rose, dependable 'Renae' took charge. This one needs to be kept in check though. I usually prune her twice in a season. However, near the end of summer and on into fall she gets the long drooping canes pictured at left. After the winter pruning, I’m sometimes nervous the poor thing won’t recover, but you can see that she does.

For years I thought 'Renae' wasn’t so great displayed in a vase, she finally changed my mind. Stay tuned.

For more about Renae and a look at some cute bouquets, click here.