The first flower that blossomed on the earth
was an invitation to the unborn song.

This poem comes from Tagore's book called Fireflies. He writes, "Fireflies had their origin in China and Japan where thoughts were often claimed from me in my handwriting on fans and pieces of silk."

When I was asked to compile an anthology of rose poems for my first book, The Poetry of Roses, I knew little about poetry. My teacher and writer friends did though– one of them gave me Fireflies.

Rosa Rugosa Rubra (red) has been on the planet longer than humans. I often wonder if this was one of the first roses, or perhaps, the first time the color magenta made its way to earth.

This is one of my earliest digital images – and an all-time favorite – can you stand those exquisite, curved ruby stamens? 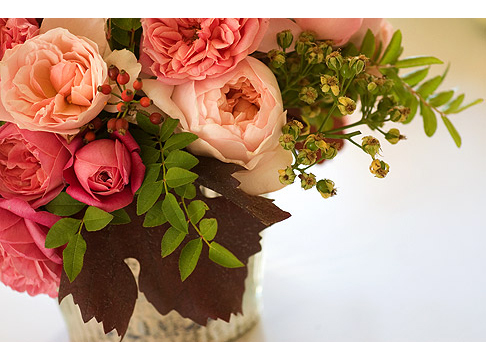 Thanksgiving has wings and goes where it must go.

A year ago, yesterday, I published my first blog post. It took a long time for it to build steam, but it's definitely chugging along now. I can't imagine life without it. A big thank you to all the dear bloggers and friends I've met. And gratitude for the worlds you've allowed me to explore– crystal mountain air, farm land and warm goats, luminous threads, buzzing bees, gorgeous children, local and far-away colors, pretty patchwork, beaming blooms . . . tender words, joy as well as sorrow, mind-thrilling how-tos, and welcoming hellos. I'm so much richer thanks to you.

I looked about me once again, and suddenly the dancing horses without number changed into animals of every kind and into all the fowls that are, and these fled back to the four quarters of the world from whence the horses came, and vanished.