In my career as a flower photographer, I've worked through seven cameras, which included a Hasselblad and three DSLRs, the latest being a Canon 5D. Today I certainly use my Canon, but my favorite and most used camera is my iPhone 6s!

I had the pleasure recently of sharing phone photo tips at a workshop in Sacramento, and thought why not continue the fun here on the blog. Before I went out the door that day, I had to take this shot of some of the photo ops I was bringing to the workshop. Spring flowers and leaves and two buckets of early blooming roses made the cut. The blush rose is G. Nabonnand  and the pink is Grandmother's Hat.

Photo Possibilities with One Flower

To create handouts for the workshop, I gleaned my camera roll for workflow examples. There is so much a photographer can do with just one flower. I often go through numerous variations per subject before finding an image that I might want to publish on Instagram, Facebook, my blog or a publication. From left to right:

1- camellia shot in the garden 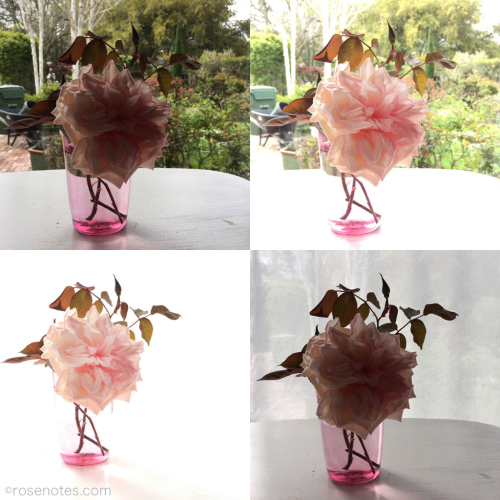 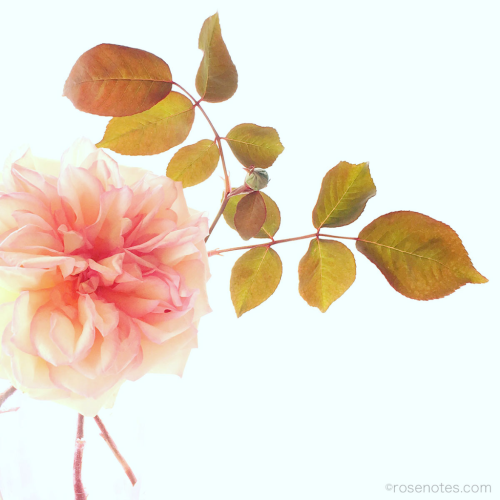 In our living room there is a picture window with two sets of curtains: both are white cotton, one sheer, the other opaque. In the first two shots, the garden is the background. (Would have been nice if I'd moved the wheel barrow and trash bin!) In the bottom shots, the sheer became the backdrop. In these four shots I was warming up to get something better, which happened in the next shot. But how did I get the exposure to lighten up so much? 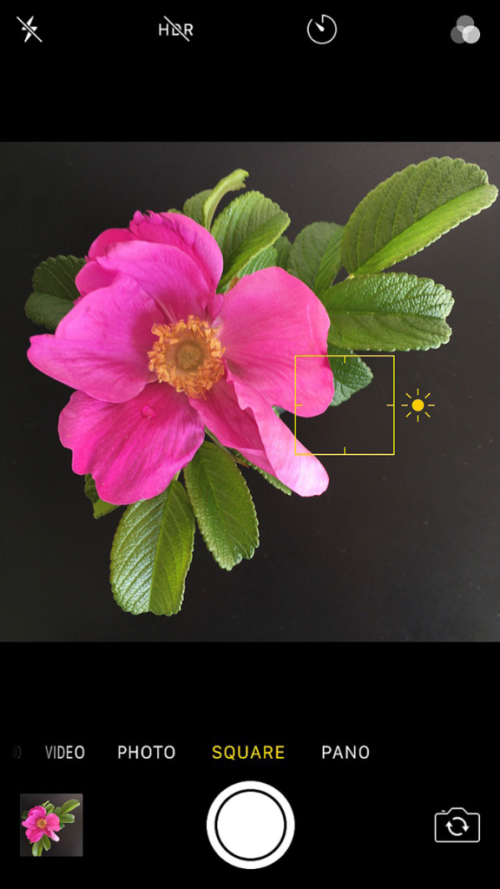 I used the iPhone exposure slider (oh I love it), it's that sun icon. Tap on the part of the flower you want in focus and a yellow square will appear, the square will focus the image. Now hold the camera still, put your finger on the sun and slide it up or down for more or less light. 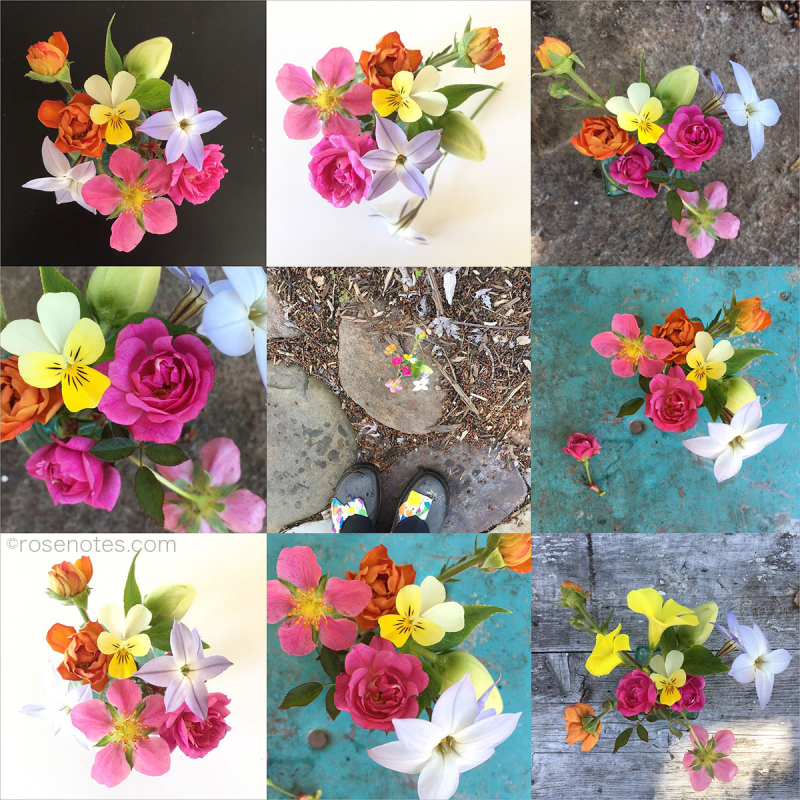 I can easily go through several backgrounds to get the shot I like. On March 9, I had just a tiny bunch of blooms (middle shot).

5- this is the first shot on a stone paver

9- old table outside; no, too much going on

Inside the iPhone's Photo Tools 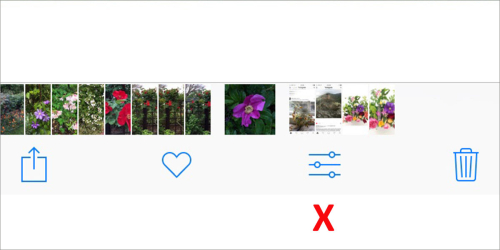 To use your iPhone's photo adjustment tools, take a look under one of your images; note the four blue icons. Click on the one above the X.

Now click under the next X (by the way, the icon at left is the crop tool). 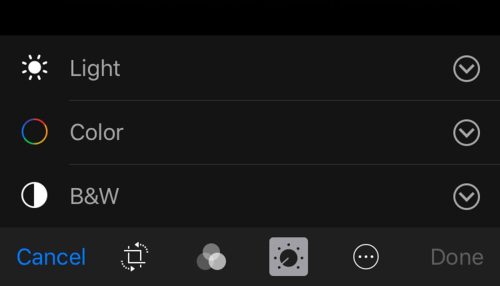 Next click on the down pointing arrow for 'Light' and a list will appear. I use the exposure tool first. Check each one out and know that you can always revert to your original, even days later. 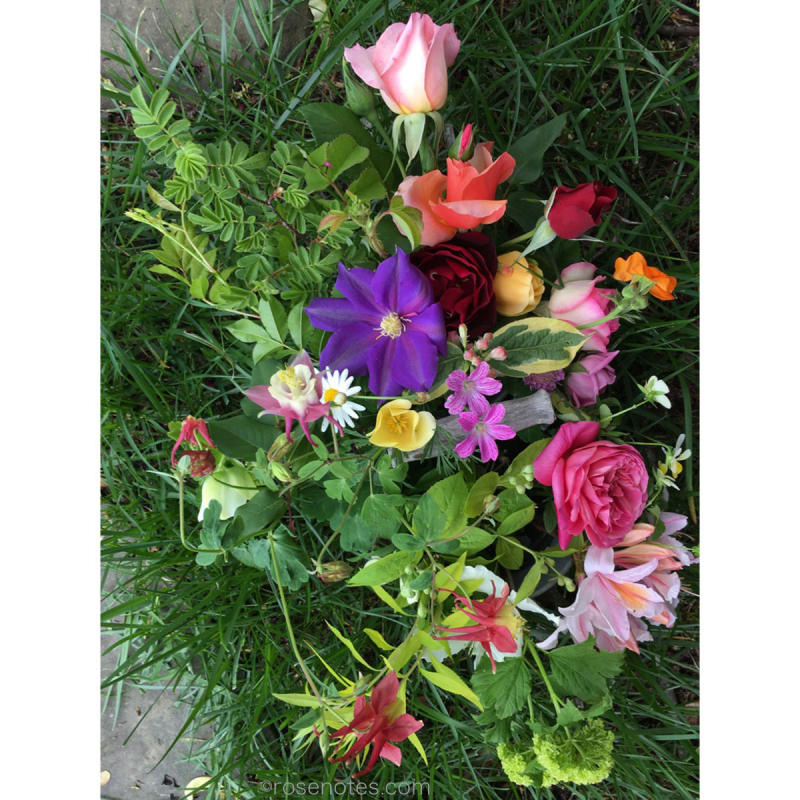 The two shots above are of a double bucket of goodies I took to the workshop, photographed in the garden right after they were harvested and inside the house on a piece of white foam-core.

At the workshop everyone especially enjoyed photographing Grandmother's Hat. In the first image the blooms, shot from above, hide the bucket, and the last one is a close-up without cropping.

It was fun putting this post together–I hope it was helpful. Let me know if you have questions. If you would like to have one-on-one instruction, I am available at an hourly rate.

Take lots of photos, experiment and have fun!