A Visit with Cora and Sophie 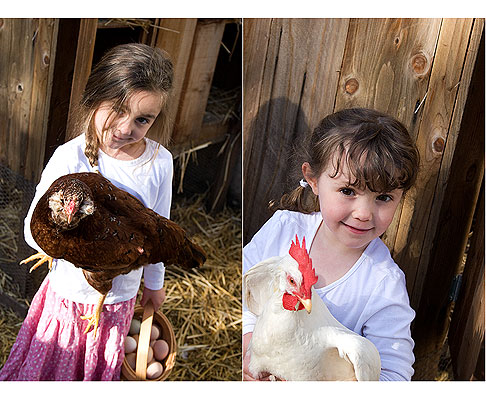 Recently I visited Cora and Sophie to photograph them with their chickens. 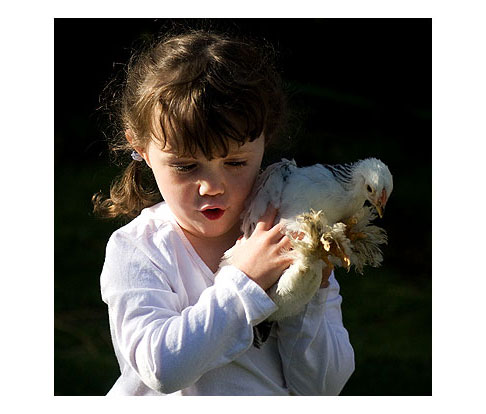 Sophie, age four, is an expert when it comes to holding chickens. 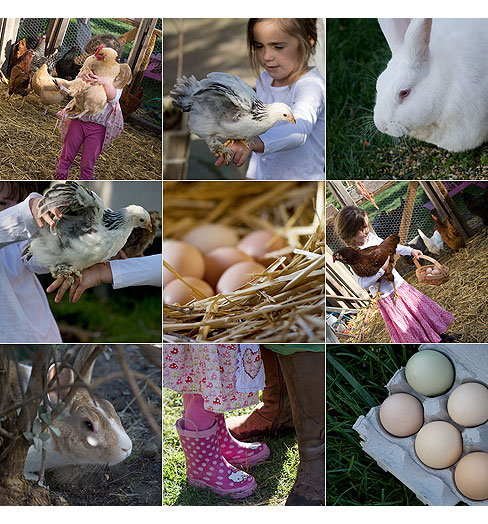 I only spent about twenty minutes with them, and it was all click-click-click. After I'd take a picture, they'd say, "Look behind you!" There was so much going on. Their busy farm is in an ordinary backyard in Pleasant Hill, California. 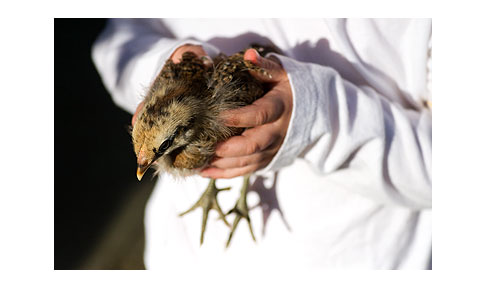 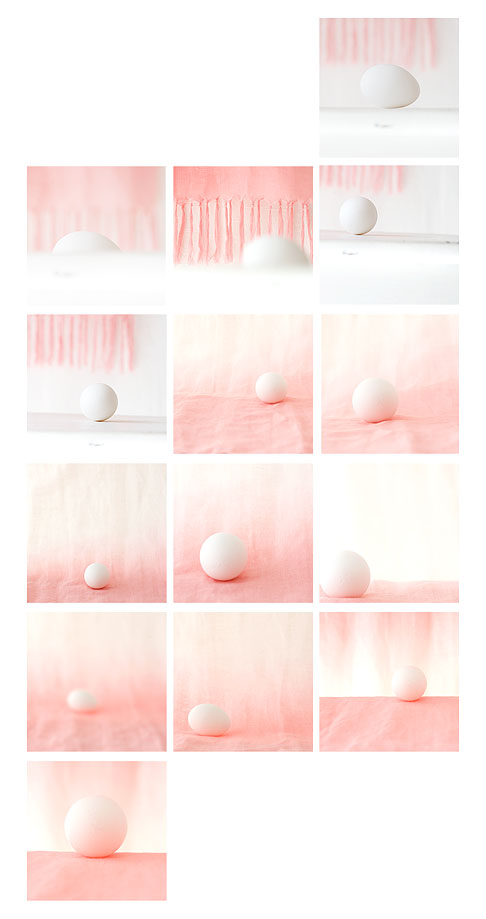 A shawl, with a graduated color change, inspired the background for this first set of egg shots. I thought it would be a fun way to show and tell how I use my southern exposed window to capture light for still-life. I've tried to do this several times, but seem to always leave something out. Today it's all here– a bit long winded, but hopefully useful. 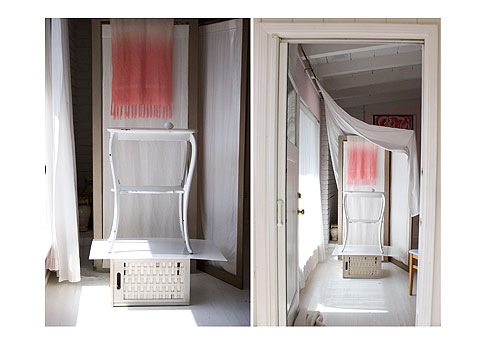 First of all, there are four aspects to still-life photography– subject, horizontal surface, background, light source. 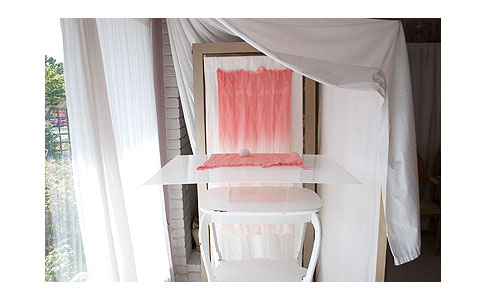 How about a magic carpet?

It's a magazine page! Decorating magazines often have entire pages covered with lovely fabric or carpeting images. If your subject is small, backgrounds can be pretty luxurious. (If the magazine image shows in its entirety, give a source link.)

A few mornings ago, I noticed that the egg, from my first post, was still on top of the fence. Through the lens, I lined up the egg with the top of the tuteur and, without moving the camera, used AF (auto focus) points (first on the egg, then on the tuteur ball) to change the focus. I had my camera for more than two years before I learned to use these!!! (I'm trying to make a point here.) Now I would be lost without the use of AF points. Look up AF points (or focus confirmation light) in your camera manual (if you have an SLR and don't already know about them). You will be so happy to pin point your focus in different areas, once you start. 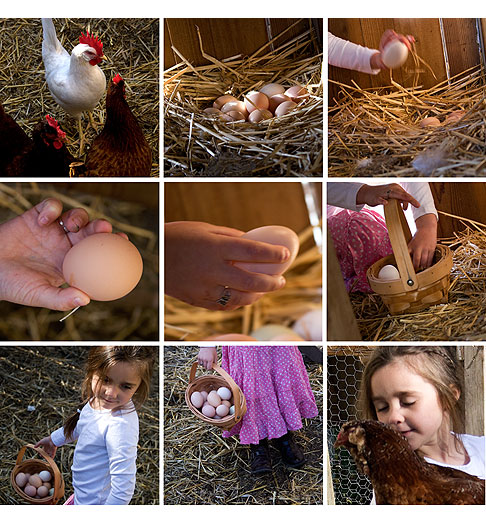 The chickens had a conference– instead of laying their eggs here and there, and even hiding them– they decided to make a nest and put them all in one place. Did they know I was coming? Darling Cora Conner, age six, gathered the eggs into her basket, as I photographed from a small opening at the opposite side of the hen house. It was dark, but digital cameras are very cooperative, and sunlight peeked through too. Thank you Cora! 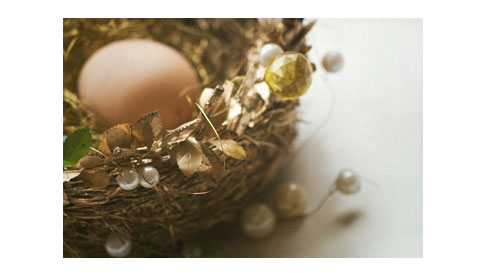 It's amazing how a project like this inspires the creative juices. Finally the eggs can take a rest. I can't wait to see the work of all our participants– I'm sure no two photos will be alike. In the glam nest photo, I used the same texture by Kim Klassen, that I used in the first assignment photo.

Rose Photography– in the bud

Smitten by this little Rouletii bud, I had my macro posed on it for days as it grew. I think these were my last shots, and they offer a clear illustration of how it's possible to capture a background color spot. Finding the background is always part of the fun in macro shooting.